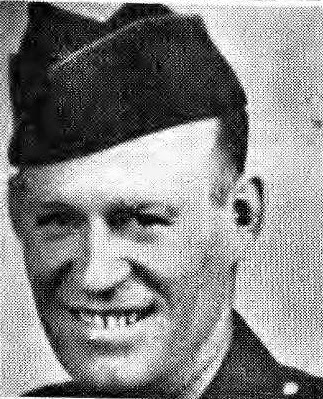 PVT Arnold Charles Mitchell was born Charles Arnold Mitchell on 24 Jul 1909 in Barboursville, West Virginia.  He was the oldest of 5 children born to George Doliver and Hattie (Bradbury). His father farmed and worked in a mill, and a reclamation plant. Charles was married to Ruth Aileen Becket on 24 Nov 1936. By 1940 he was working for American Can and Foundry reporting a 1939 income of $1300 and owned a home in Barboursville valued at $2500.

Charles was working at a chemical plant when he was drafted in September 1943. After his basic infantry training he was sent to Europe. On 19 Jun 1944 he was transferred from the replacement depot to L Company 116th Infantry. PVT Mitchell fought with that unit until wounded on 11 Jul 1944 and evacuated to hospital. PVT Mitchell died of his wound(s) on 12 Jul 1944.

PVT Mitchell was repatriated and re-interred in Arlington National Cemetery in Arlington, Virginia.