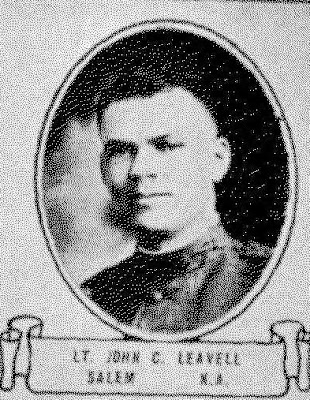 2LT John Collins Leavell was born 6 Nov 1895 in Salem, Virginia the oldest of seven children of John Burrell and Willie Virginia (Hurt) Leavell.  His father was a wagon maker.

John enlisted as a PVT in G Company 2nd Virginia Infantry on 6 December 1915.  He had no prior military experience at that time and because he was less than 21 years of age, his father had to give his permission for his son to enlist.  We do not know when he received his commission but he was a 2LT when killed in action on 8 Oct 1918.

2LT Leavell's body was not recoverable and he is remembered on the tablets of the missing in the Meuse-Argonne American Cemetery.
Posted by Hobie at 7:53 PM