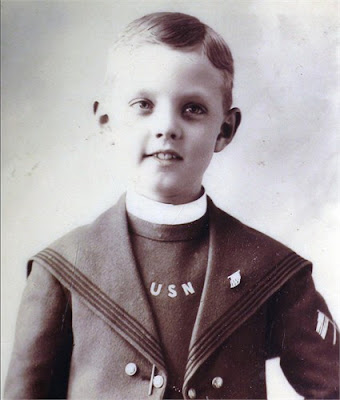 PVT Edgar Olcott Baile Clinton was born 30 May 1891 in Jersey City, New Jersey the only child of Samuel William and Edgaretta (Olcott) Baile.  His parents had eloped and separated soon after his birth.  In 1898, his mother married Francis Wright Clinton.  We are unsure whether or not he was legally adopted but he used his step-father's surname for the rest of his life. Francis Clinton was a hat manufacturer and retailer.

After Edgar entered the Army he was assigned to Headquarters and Headquarters Company 116th Infantry and trained with it in the U.S. before departing for France in June 1918 aboard the USS Finland. Edgar participated in all the fighting until the armistice was declared and he took sick, possibly with the Spanish influenza, and died of lobar pneumonia on 22 Nov 1918. The New York abstract of his service shows him as assigned to K Company 116th Infantry which might have happened at some point in his service.