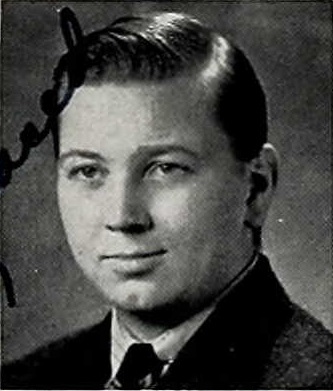 SGT Jesse George Salajczyk was born 30 Aug 1924 in Erie, Pennsylvania. He was the oldest of the 2 sons born to George and Agnes (Polarki) Salajczyk. George also used the names Antoni Borlak and Wojiech Salajcyk (perhaps to help him leave his native Poland) and worked as a carpenter and laborer. He was Agnes' 2nd husband and she also had a daughter by her first husband. He abandoned the family in June 1940 and apparently went back to Maryland but the family including Jesse did not know this. Jesse did graduate from Academy High School in Erie in 1943.

Jesse was drafted right out of high school in in June 1943. After his basic military training he was sent to England and the European theater of operations. We do not know to which units he was assigned before being transferred from the replacement depot to C Company 116th Infantry on 29 Oct 1944. As a CPL he likely already had combat experience with another infantry unit. CPL Salajczyk was promoted to SGT on 23 Nov 1944 and officially began serving as a squad leader. SGT Salajczyk was killed in action on 5 Dec 1945 as the unit fought along the west bank of the Roer River in Germany.