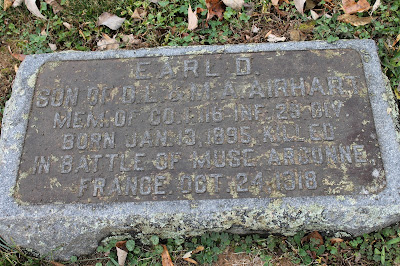 After entering the service, Earl was assigned to I Company 116th Infantry.  He was with the unit when it sailed for France aboard the USS Finland in June 1918.  PFC Airhart was killed in action on 24 Oct 1918.