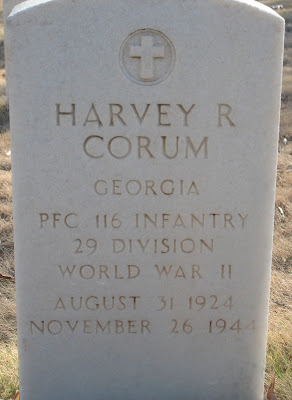 PFC Harvey Roy Corum was born 31 Aug 1924 in Tennessee to Melvin Benjamin Kansas and Flora May (Bagwell) Corum.  In 1942 he married Geneva Irene Pratt.  They had one daughter.

PFC Corum was returned to the states and buried in Marietta National Cemetery in Marietta, Georgia.