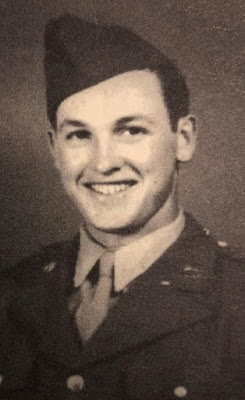 PVT Grady Andrew Sigmon was born 31 Jul 1925 in Franklin County, Virginia. He was the youngest of Andrew Jackson and Annie Laurie (Guslar) Sigmon's 6 children. The family farmed near Long Branch, Virginia on a property valued at about $600. Grady worked that farm with the rest of the family.

Grady didn't register for the draft until 1943 and he was drafted in April 1944. After his basic military training he was sent to the European theater in October 1944. On 25 Oct 1944, PVT Sigmon was transferred from the replacement depot to G Company 116th Infantry to serve as a rifleman.  He was killed in action 1 month later on 25 Nov 1944 in the vicinity of Koslar, Germany.

PVT Sigmon was repatriated in 1948 and re-interred in the Sigmon-Shively Cemetery in Ferrum, Virginia.