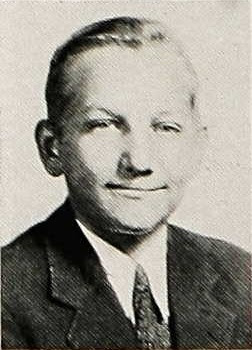 Frank's story has one interesting aspect which we'll get to in just a bit.  He went to England in time for the D-Day amphibious assault and apparently survived uninjured.  On 12 Jun 1944 he was promoted to PFC. He was lightly wounded and sent to hospital on 15 Jul 1944 but returned to the unit on 17 Jul 1944 (this seems to be a rather quick turn around time).  He died of wounds on 1 Sep 1944 but, and this is interesting, the morning report indicates that the initial wound was never reported.  So, we are left wondering if he was wounded but hid the fact in order to stay with the unit or if there was some other circumstance.