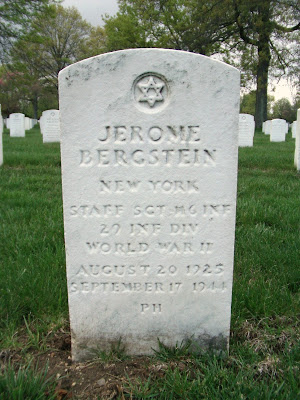 SSG Jerome Bergstein was born 20 Aug 1925, probably in Brooklyn, New York, to Morris and Hannah D (Wexner) Bergstein.  He was the 2nd of 4 children.  His father worked variously as a process server and a salesman.  Jerome attended only 2 years of high school before he was drafted.