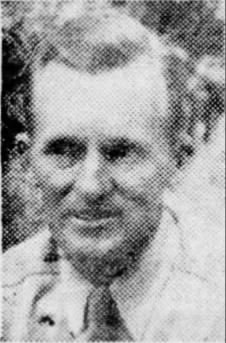 PVT Coy R. Peebles was born 9 Jul 1912 in Milburn, Kentucky. He was the youngest of the 4 children born to Iva Carl and Katie Ethel (Richardson) Peebles. His father farmed near Milburn. Coy did graduate from high school. His father died of a heart attack at age 65 in 1938. Coy and his mother tried to make a go of the farm which was valued at $800 in 1940. However, Coy and his mother moved to Madison, Illinois where Coy worked in a factory making leather goods.

Coy was drafted in September 1942. We do not know where he went after his initial military training. It was on 8 Sep 1944 that he was transferred from the replacement depot to K Company 116th Infantry. Before the day was over, PVT Peebles was killed in action on the 8th as the unit attacked Brest, France.