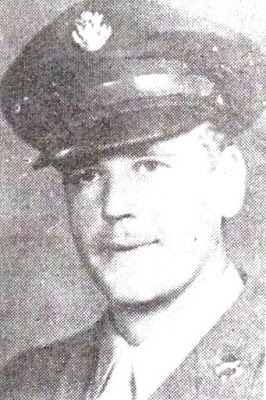 PVT Joseph William Rando was born 12 Mar 1915 in Ovid, Michigan. He was the eldest of the 3 children born to Frank Leslie and Mabel M (Hildebrand) Rando. His father worked as an elevator operator and a service station attendant. Joseph married Alice Bertha Halsted on 27Apr 1937. In 1940, Joseph was working in a creamery and his wife worked as a bookkeeper while they lived in 234 West Pine Street, Elsie, Michigan. They reported and income in 1939 of $1080 and $844 respectively.

Joseph was drafted in January 1944. After his basic military training he was sent to Europe. PVT Rando was transferred to C Company 116th Infantry on 11 Aug 1944 to serve as a rifleman. He was killed in action in the attack on Brest, France on 3 Sep 1944.

PVT Rando was repatriated and re-interred in Maple Grove Cemetery in Ovid, Michigan.