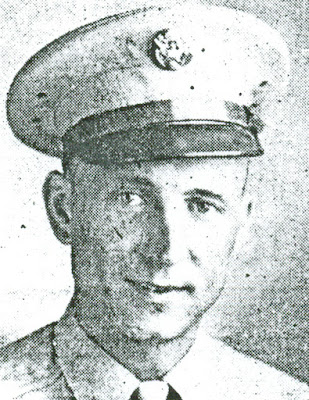 PVT Carl Mathew Purdy was born 8 Dec 1913 in Plain, Minnesota. He was the 4th of 5 children, all sons, of Charles Alvin and Anna Mae (Smith) Purdy. Their first child had died in infancy. The family farmed in Pine county, Minnesota. About 1935 he married Leoline Cliferane Terese Curtis. Together they would have 2 daughters before 1940 when Carl was farming on his own near Freeborn, Minnesota.

In the latter part of 1943, Carl was drafted and after his basic military training he was sent to the European theater. PVT Purdy was transferred from the replacement depot to L Company 116th Infantry on 15 Jul 1944. PVT Purdy was wounded on 30 Aug 1944 and evacuated to hospital where he died of his wound(s) on 2 Sep 1944.

PVT Purdy rests with many of the regiment in the Brittany American Cemetery.