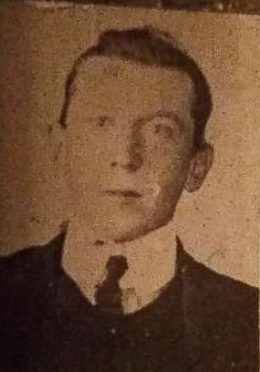 
"At the age of 22, Michael Walsh emigrated from rural Ireland, arriving at Ellis Island on September 3, 1911.  He moved with other Irish immigrants to a four-story tenement that faced the Second Avenue El train in midtown and found work in the newly rebuilt Grand Central Terminal as a platform man for the American Express freight agency. He earned union rates and sent money to his parents back home in Mayo."


Michael was inducted 4 May 1918.  He was assigned first to the 25th Recruit Company of General Service Infantry. On 7 May 1918 he was reassigned to the 4th Recruit Company 58th Infantry.  Michael was next transferred to K Company 116th Infantry on 20 May 1918.  He shipped out for France with that unit aboard the USS Finland in June 1918. After participating in the required initial training in France with the regiment, he was killed in action on 24 Oct 1918.