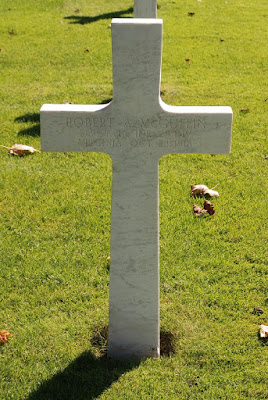 SGT Robert A McGuffin was born in Staunton, Virginia on 3 Feb 1897 to Charles Robert and Sarah Elizabeth (Lusk) McGuffin. Sarah was his father's second wife. Robert graduated from Staunton Military Academy in 1917. His father was a bank clerk and bookkeeper. His maternal-grandfather CPT John Andrew Montgomery Lusk served with the Rockbridge 2nd Light Artillery Battery during the Civil War. Robert was assigned to A Company 116th Infantry when he was killed in action on 23 October 1918. He is buried in the Meuse-Argonne American Cemetery but his family also erected a centotaph in Thornrose Cemetery in Staunton, Virginia. 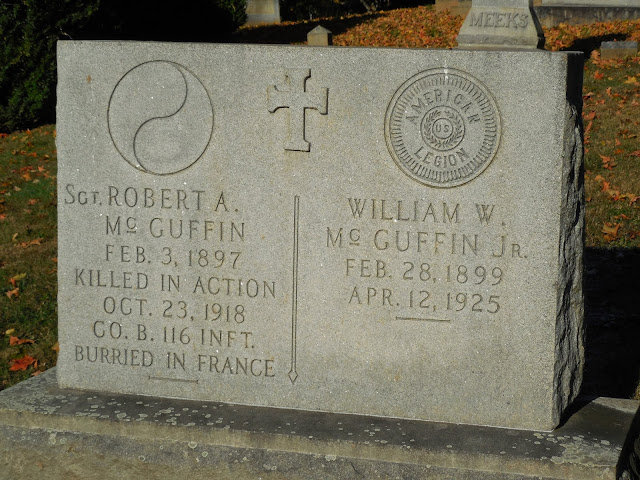