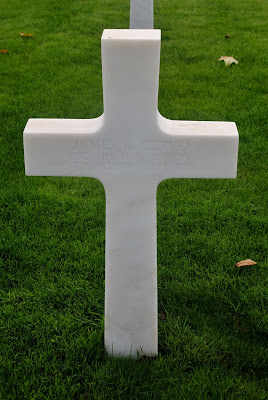 PFC James F. Cervo was born 17 Sep 1925 in Fairmont, West Virginia to Joseph and Mary Katherine (Barberio/Barber) Cervo.  His father was an Italian immigrant who worked in the steel and construction industries.


PFC Cervo is buried in the Brittany American Cemetery.
Posted by Hobie at 10:43 AM