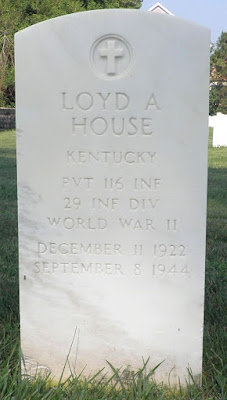 Loyd was working as a farm hand when he was drafted in January 1944. After training as an infantryman, Loyd was sent to Europe and on 14 Aug 1944 he was transferred from the replacement depot to F Company 116th Infantry.  PVT House was killed in action on 8 Sep 1944.