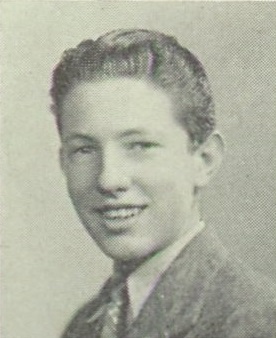 PVT John Harold Schemel was born 14 Oct 1925 in New York, New York. He was the 2nd child and only son of John and Emilia J. (Kupfer) Schemel. His father supported the family as a chauffeur/driver and they lived at 2020 Stanhope Avenue and, later, at 512 Fairview Drive. The elder John Schemel died in 1939 and this may be about the time the family moved. His mother supported the children by working as a flag maker earning only a reported $255 in 1939. Young John graduated from high school and began working as a clerk.

John was drafted in December 1943. After his basic military training he was sent to the European theater. PVT Schemel was transferred from the replacement depot to C Company 116th Infantry on 11 Aug 1944.  PVT Schemel was killed in action in the beginning of the fight to liberate Brest, France.

We are certain that PVT Schemel was repatriated and re-interred somewhere in the New York City area but we don't know where.