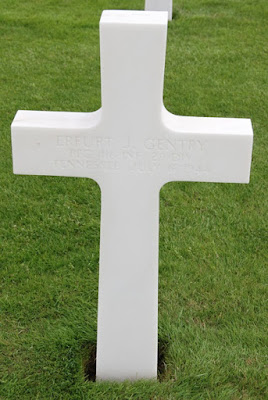 When he was drafted in June 1943 Erfurt was apparently working in the confectionery business.  He was sent to England and assigned to M Company 116th Infantry.  On 9 Jul 1944 Erfurt was promoted to PFC.  PFC Gentry was killed in action on 16 Jul 1944.

PFC Gentry is buried at the Normandy American Cemetery.
Posted by Hobie at 11:39 AM