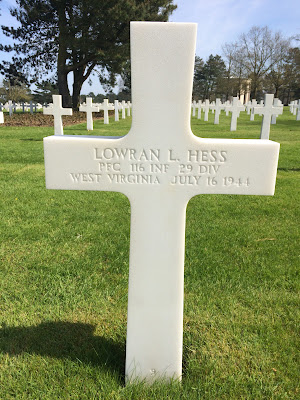 Lowran was drafted in January 1943.  Apparently he was assigned to G Company 116th Infantry before the amphibious assault at Omaha Beach on D-Day.  PFC Hess was killed in action on 16 Jul 1944.

PFC Hess is buried in the Normandy American Cemetery.
Posted by Hobie at 4:42 AM