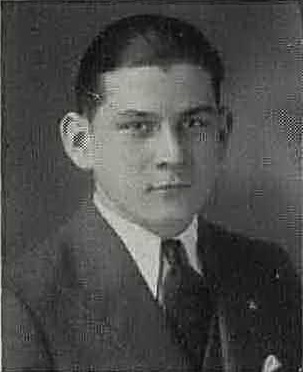 CPL Stanley P. Juda was born 25 Apr 1917 in Chicago, Illinois to Joseph and Sophia (Sziski) Juda. Both parents were natives of Poland, his father of Przylenk and his mother of Kupno. His father had changed his name from "Soldys" and was illiterate. However, Joseph Juda worked for Westinghouse Steel from about the time he immigrated in 1909 until at least 1942. Joseph reported a 1939 income of $2160, very good for the time. Stanley attended Bowen High School graduating in 1935.  In 1940, Stanley was working as a hot press helper in the steel mill and had a reported 1939 income of $1216.  He married Dorothy Eleanor Majcherski on 24 Oct 1941.

Stanley entered Army service in November 1942.  After his training he was eventually sent overseas.  He must have served with some other unit because when he was transferred from the replacement depot to A Company 116th Infantry on 28 Jun 1944 he was already a CPL. CPL Juda was killed in action on 17 Jul 1944.

CPL Juda was repatriated in 1948.  His father arranged for his return and burial, likely because Dorothy had remarried in October 1946.  Stanley rests forever with his family in Holy Cross Cemetery in Calumet City, Illinois.
Posted by Hobie at 7:29 AM