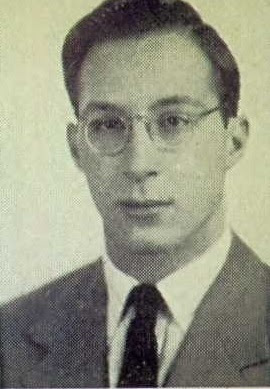 PVT Aaron Milstein was born 30 Jun 1925 in Kansas City, Missouri. He was the first of the 2 sons born to Isadore and Rose (Renner) Milstein. Both parents were Jews who had immigrated from "the Pale" and area of Russian territory to which the Jews were restricted. His father operated a dry goods store in Washington, Kansas and then the family moved to Minneapolis, Minnesota where Isadore worked as a salesman. Aaron and his brother attended North High School where Aaron graduated in 1942. He then enrolled in the University of Minnesota.

Aaron had completed 1 year of college when he was drafted in September 1943. After his initial training he was sent to England and assigned to B Company 116th Infantry. After the D-Day landings on 6 Jun 1944, PVT Milstein fought with his unit until wounded near Saint-Lo, France on 14 Jul 1944. He died of his wound(s) on 15 Jul 1944.

PVT Milstein was repatriated and re-interred in the United Hebrew Brotherhood Cemetery in Richfield, Minnesota.
Posted by Hobie at 4:23 PM