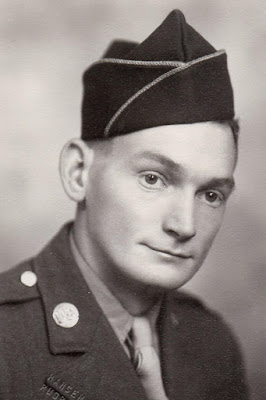 PVT Perry Lyle Romine was born in 1924 in Pierce County, North Dakota. He was the oldest of the 6 children born to Eugene Alfred and Hilma Christina (Ellertson) Romine. His father farmed near Elverum, North Dakota.

Perry was drafted in late 1943 and after his basic military training was sent to the European theater. PVT Romine was transferred from the replacement depot to L Company 116th Infantry on 25 Jun 1944. PVT Romine was killed in fighting for Saint Lo, France on 15 Jul 1944.