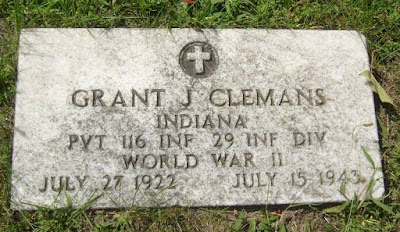 PVT Grant J. Clemans was born 27 Jul 1922 in Mishawaka, Indiana to LeRoy and Christina Olive (Bailey) Clemans.   His father worked variously as a truck driver in the gravel business and as an engineer in a toy factory.  His mother worked in her own business in 1940. About 1942 he married Mary Jane Bunch.