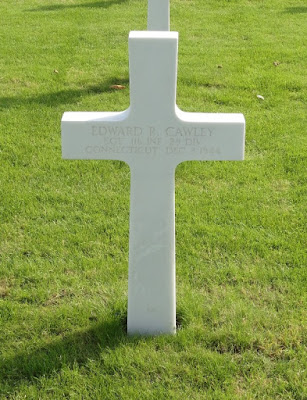 SGT Edward R. Cawley was born 21 Jul 1918 in Forty Fort, Pennsylvania to John Francis and Catherine H (Higgins) Cawley. Edward's grandparents, John and Bridget (Nallon) Cawley, had immigrated from Ireland.  Edward's father died in August 1925 when Edward was only 7.  Working as fire boss there was an explosion of gas in the mine and he suffered 3rd degree burns over his entire body.   In 1940 several of the children were working to support the family of 8 and reportedly earned $2090 in 1939.