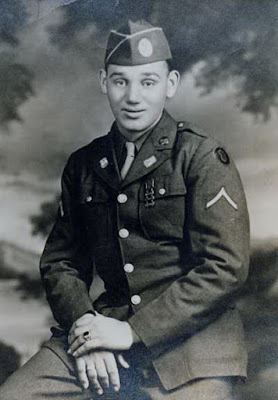 PFC Arnold James Reid Jr was born 12 Mar 1924 in Mobile County, Alabama to Arnold James and Leonella Charlotte (Perez) Reid.  One of 7 children it appears that much of his immediate family moved to New York City by 1943 when he was drafted.

Our researcher was fascinated by this family because they are variously shown in census and other documents as "Negro" or "Mulatto" and Arnold served with this "southern" regiment at a time when segregation in the U.S. military was the rule.  How this happened can only be a matter of conjecture.  However, in her marriage record in Virginia his sister Cora is recorded as "white".  Clearly this family could "pass".  Thankfully this policy/regulation ended in 1948.

Assigned to B Company 116th Infantry prior to D-Day, PFC Reid was wounded on 12 Jul 1944, evacuated to hospital and died of wounds on 14 Jul 1944. Now and forever he will rest in Long Island National Cemetery in Farmingdale, New York. 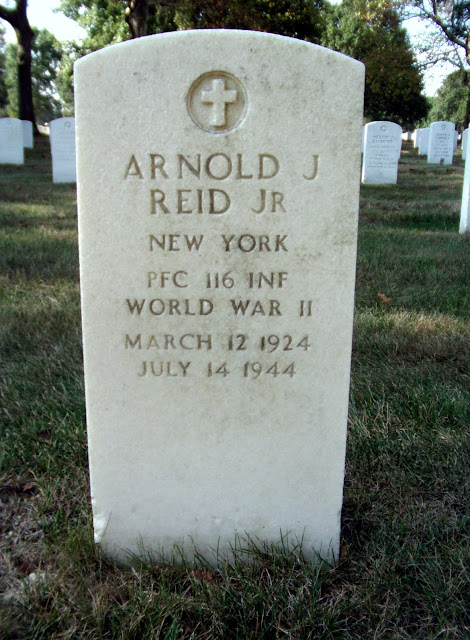 Email ThisBlogThis!Share to TwitterShare to FacebookShare to Pinterest
Labels: B Company, LongIslandNC